By Editorial Team on January 14, 2020 in Hematology

RBCs that appear disc shaped and having an area of central pallor that occupies approximately one-third of the cell’s diameter (containing normal amount of hemoglobin) are considered as normochromic RBCs.

Hypochromic : RBCs that have an area of pallor that is larger than the normal are called hypochromic. This variation is seen in : Iron deficiency anemia, anemia of chronic diseases, thalassemia, some hemoglobinopathies, sideroblastic anemia and any of the conditions leading to microcytosis.

Variation in the shape of RBC is called poikilocytosis. RBCs exist as biconcave discs in large blood vessels but their shape changes to parachute like confirmation in capillaries.

Following are some abnormal RBC shapes : 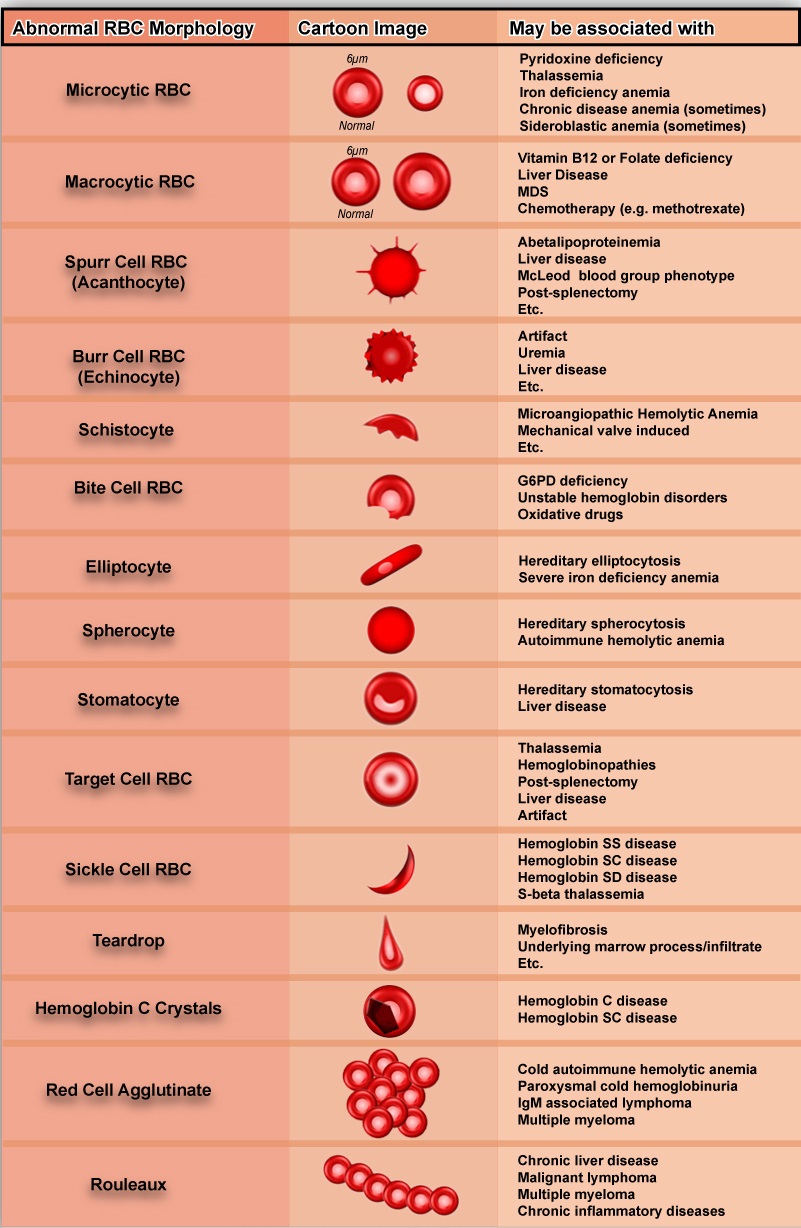 Elliptocytes: The RBCs are ovaal or elliptical in shape, long axis is twice the short axis.

Target cells: Red cells have an area of increased staining which appears in the area of central pallor.

Teardrop cells: RBCs having the shape like teardrop or pear. These are usually microcytic and often hypochromic.

Schistocytes: These are helmet or triangular shaped, fragmented or greatly distorted RBCs smaller than normal size.

Keratocytes: These are half-moon shaped cells with two or more spicules.

Red cell agglutinate: These are irregular clumps of RBCs.

These are found in cold agglutinations, warm autoimmune hemolysis.

Rouleaux Formation: Stacks of RBCs resembling a stack of coins. 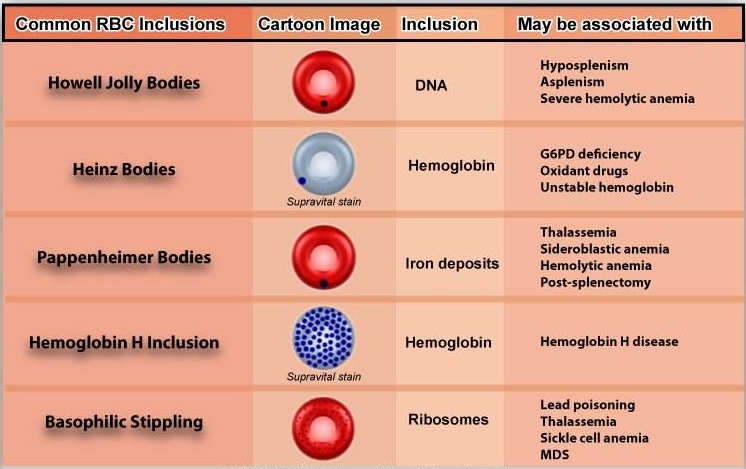 Howell-Jolly bodies: Small round cytoplasmic red cell inclusion with same staining characteristics as nuclei. These are fragments of DNA.

Heinz bodies: These represent denatured hemoglobin (methemoglobin) within a cell. With a supravital stain like crystal violet, Heinz bodies appear as round blue precipitates.

These are the remnants of nuclear membrane.

Parasites of red cells: Protozoan parasites like one of the four species of the malarial parasite may be seen in case of malarial infection.