Bacteria grow as colonies on solid media. A colony is a visible mas of microorganism that originated from a single mother cell. Hence, a colony of bacteria is a clone of genetically alike bacteria.

There are various types of bacteria and each type produces differently looking colonies. They vary in color, share, pigmentation, and other characteristics.

Image 1: The image shows the colony morphology of bacteria.

Form – it pertains to the shape of the colony such as filamentous, circular, and the likes. The form of the colony is subdivided into following:

Image 2: Elevation of the bacterial colony.

Image 3: Margin of a bacterial colony.

Margin – It pertains to the magnified shape of the colony’s edge which includes:

Opacity – it pertains to the characteristics of the colony such as:

Image 5: Images of the bacterial colony with a varying degree of pigmentation.

Image 6: The image shows the consistency and texture of bacteria.

Consistency/texture – The texture and consistency of the organism can be described as:

Image 7: The different shapes of bacteria and the corresponding bacteria species.

Shape – A bacterial colony can manifest in various shapes which include but not limited to the following:

Spiral – Bacteria that are twisted or helical in shape which looks like little corkscrews. (4, 6, 7, and 8)

Image 8: The image shows the arrangement of cells, specifically coccus/cocci.

Arrangement of cells – Bacterial cells can be arranged in the following orders: 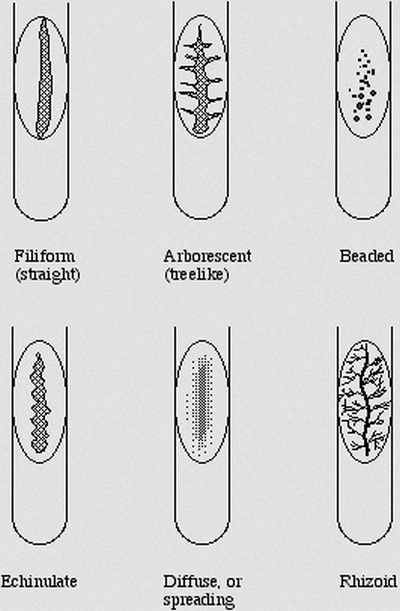 Image 9: The image shows the typical characteristics of the bacterial colony on agar slants.

Characteristics of the bacterial colony on agar slants

Characteristic of bacteria in nutrient broth

Microorganisms that can grow on a nutrient agar plate

Microorganisms such as bacteria grow on solid media in the form of a colony. What is a colony? It is a visible mass of microorganism that originates from a single mother cell.

Colony morphology of an organism is necessary for its identification. Various organisms can grow on solid media. They include the following:

Image 11: A colony of yeast on the agar plate.

Yeasts – The colony of yeast, which is a type of fungi, is somewhat similar to that of the colony of bacteria. They can grow as a white patch with a glossy surface.

Image 13: A colony morphology of bacteria on MacConkey agar.