Although a variety of automated cell counting instruments have been developed, Hemocytometer remains the most common method used for cell counting around the world. The most frequently used haemocytometer is the Neubauer (or ‘Improved Neubauer’) chamber.

Other haemocytometers include the Burker, Thoma and Fuchs-Rosenthal. Using these, the particles (e.g., leucocytes, erythrocytes, thrombocytes, bacteria, fungus spores, pollen) are visually counted under a microscope.

General features of the Neubauer’s chamber

Neubauer’s chamber is a thick glass plate with the size of a glass slide (30x70x4mm). The counting region consists of two square shaped ruled areas. There are depressions or the moats on either side or in between the areas on which the squares are marked thus giving an “H” shape.

The ruled area is 3mm2 divided into 9 large squares each with a 1 mm2 area. The large central square (which can be seen in its entirely with the 10X objective), is divided into 25 medium squares with double or triple lines.

Each of these 25 squares are is again divided into 16 small squares with single lines, so that each of the smallest squares has an area of 1/400 mm2.

So that when a cover slip is kept on the counting region, there is a gap of 0.1 mm (1/10mm) between the cover slip and the ruled area.

The counting can be done either in the central large square or in the corner squares, depending on the size of the cells under study.

WBC Counting Area
The four large sqaures placed at the corners are used for white blood cell count. Since their concentration is lower than red blood cells a larger area is required to perform the cell count.

RBC Counting Area
The large center square is used for RBC counts. As already stated, this area is subdivided into 25 medium sqaures, which in turn are each divided into 16 squares.

Depending on the type of sample, a preparation of a dilution with a suitable concentration should be prepared for cell counting. Typically, the concentration range for a cell count with Neubauer chamber is between 250,000 cells / ml and 2.5 million cells / ml.

An appropriate dilution of the mixture with regard to the number of cells to be counted should be used. If the sample is not diluted enough, the cells will be too crowded and difficult to count.

If it is too dilute, the sample size will not be enough to make strong inferences about the concentration in the original mixture.

3. Introducing the sample into the Neubauer chamber

With a pipette, carefully draw up around 20 ml of the cell mixture (dilution). Place the pipette tip against the edge of the coverglass and slowly expel the liquid until the counting chamber is full.

If cells are touching the 4 perimeter sides of a corner square, only count cells on 2 sides, either the 2 outer sides or 2 inner sides.

The total number of cells per microliter of sample can be calculated from the number of cell counted and area counted. This is because the ruled areas of the chamber contain an exact volume of diluted sample.

Since only a small volume of diluted sample is counted, a general formula must be used to convert the count into the number of cells/microliter. 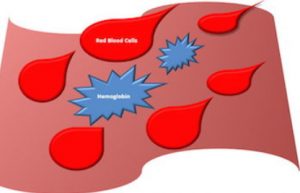 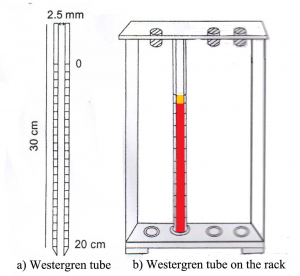 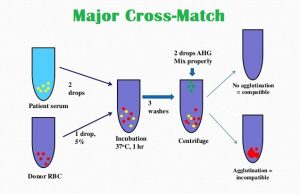 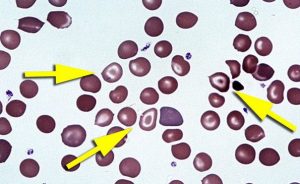 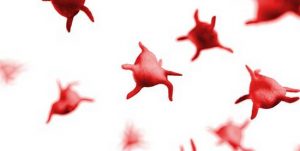