By Editorial Team on January 1, 2020 in Immunology

MHC stands for Major Histocompatibility Complex; it is the region in the genes responsible for transplantation antigens, which are involved in shielding the body from pathogens.

MHC molecules have two major classes: MHC I and MHC II. Both have a and b chains from various sources. Let us discuss in details the MHC classes. (1, 2) 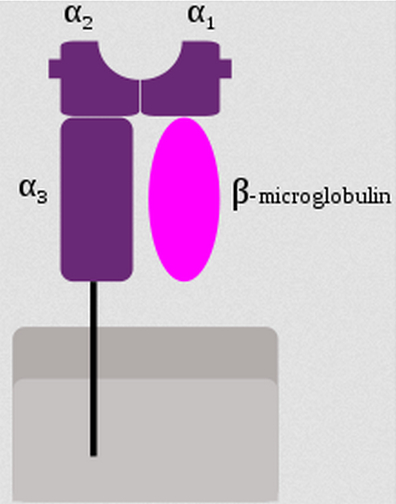 The cells in the body, almost all of them contains MHC class I. it presents endogenous antigens from the cytoplasm. These include self-proteins as well as proteins (foreign) produced inside the cell. Once the proteins degrade, the fragments of the peptide are moved to the endoplasmic reticulum and bind to MHC I proteins.

After which, they will be transported to the cell’s surface. Once they reach the surface of the cell, the MHC I protein will display an antigen to be recognized by cytotoxic T cell lymphocyte, which is a special immune cell.

MHC I protein presents the kind of proteins that is synthesized in the cell. The killer T cells monitor such activities so as to identify and immediately get rid of over-abundant cells and foreign peptide antigens like malignant cells and viruses. (1, 2, 3, and 4) 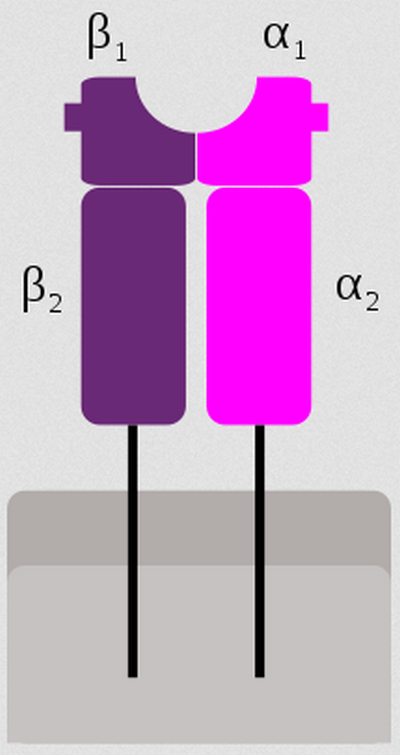 Unlike MHC I protein which is present in almost all cells, MHC class II protein can only be found on specialized antigen-presenting immune cells like:

Once the pathogenic organism is encountered, the protein from the pathogen degrades into fragments of the peptide by antigen-presenting cells and these fragments will be sequestered into endosome and bind to MHC II proteins. After which, it will be transported to the surface of the cells. Once it reaches the cell’s surface, MHC II proteins will display the antigen to be acknowledged by T cell lymphocyte.

T cell lymphocytes are helper cells and they are activated once bind to dendritic cell MHC II antigen and/or macrophage which will result in the production of lymphokines.

This is a special class composed of diverse complement components of genes such as Bf, C2, and C4. These are found in between class I and Class II genes and later on grouped as MHC class III.

Some genes encoded in the telomeric end of the Class III region are somewhat involved in both specific and global inflammatory responses. Molecules that belong to MHC class III also have immune-related functions. (5, 6) 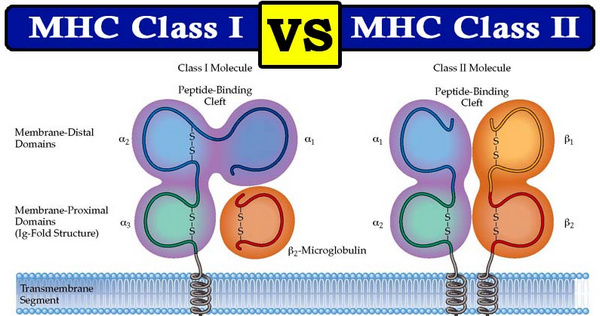 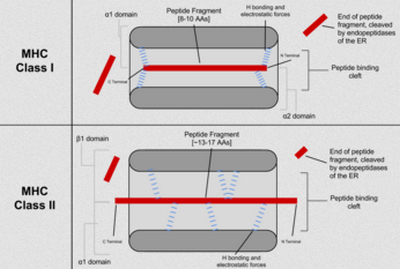 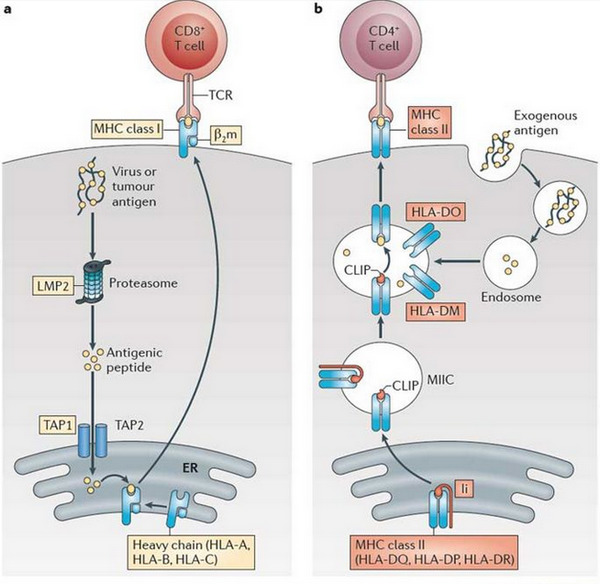 Image 5: The image shows the differences between MHC Class I and MHC Class II.

Where can they be found?