By Editorial Team on January 14, 2020 in Biochemistry

Oxidase test is a procedure used to determine the existence of cytochrome c oxidase enzyme. What the system does is it helps the movement of electrons between redox dye- tetramethyl-p-phenylene-diamine and the bacteria’ electron donors.

It helps identify bacteria capable of producing cytochrome c oxidase; an enzyme present in the bacterial electron transport chain. It is called oxidase test because if the enzyme is present, the enzyme will not lead to oxidation of the reagent thereby producing purple color end product (indophenols).

There is no oxidation if no enzyme is found. Hence, the color of the reagent remains the same. (1, 2, and 3) 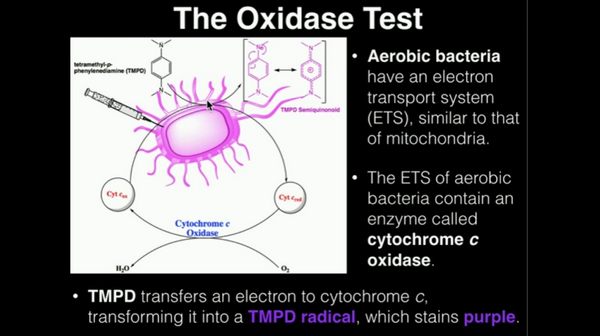 This means that such organisms do not have the enzyme cytochrome c oxidase which is needed for the reagent to oxidize. (2, 3)

What are the requirements?

What is the purpose of oxidase test? 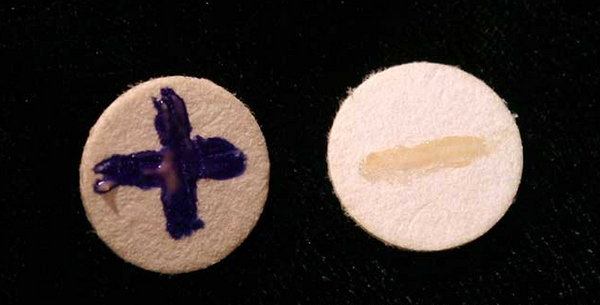 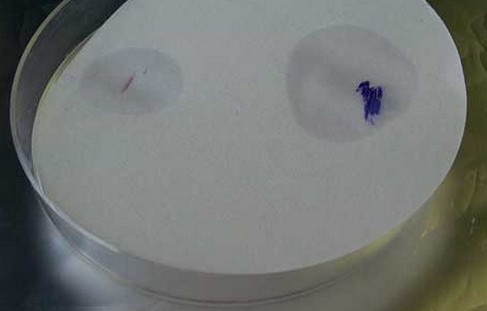 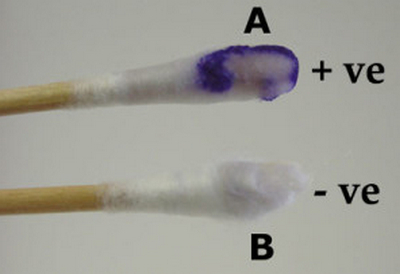 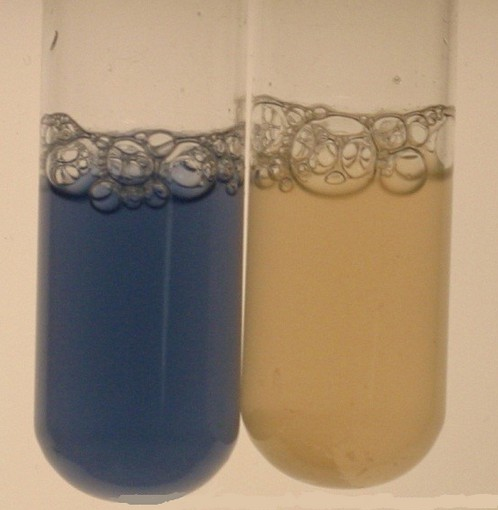 Oxidase test can be done using various methods. We will discuss the commonly used methods below.

Note when using the reagents

Examples of bacteria that test positive for oxidase test

Examples of organisms that test negative for oxidase test