What is a Nitrate Reduction Test?

It is a procedure that differentiates the members of Enterobacteriaceae based on the ability to produce nitrate reductase enzyme which in turn hydrolyze nitrate to nitrite and will be eventually degraded to different nitrogen products such as nitrous oxide, nitrogen oxide, and ammonia.

Other uses of nitrate reduction test are as follows: 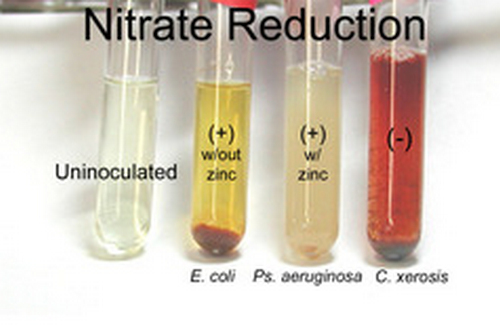 Picture 1: Four test tubes; the first one is uninoculated, the second test tube does not have a zinc, the third has a zinc, and the last test tube turns red after adding a zinc powder. 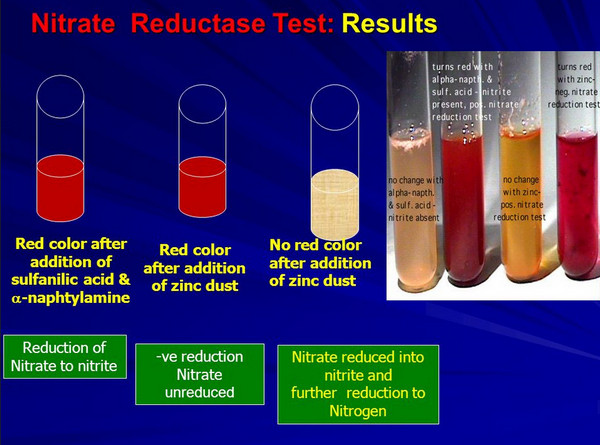 Picture 2: The image shows the result of the nitrate reduction test.

What is the objective of the nitrate reduction test?

By doing the test, it will be easy to differentiate members of Enterobacteriaceae that have the ability to produce nitrate reductase from Gram-negative organisms that do not produce the said enzyme. (3, 4)

Under the anaerobic environment, some microorganisms have the ability to reduce nitrate salts like KNO3 to a nitrite salt. The process is called anaerobic respiration wherein the molecule of nitrate serves as an electron acceptor.

The nitrate reacts with reagents A and B causing red color because of the formation of Azo dye. In some instances, some microorganisms can further reduce nitrites to free nitrogen and ammonia

An inoculum of an organism being tested is incubated in a nitrate broth. It should be incubated for four hours and the broth is checked for the reduction of nitrate to nitrite. It is done by adding sulfanilic acid reagent and α- naphthylamine.

If the microorganism being tested has reduced nitrate to nitrite, you will notice the formation of nitrous acid. If you add sulfanilic acid, it will reach and produce diazotized sulfanilic acid, which will then react to α-naphthylamine forming a color red compound.

If no changes in the color of the medium, you need to proceed with the next step which is adding a small amount of powdered zinc. If the medium turns red, it indicates that there is unreduced nitrate indicating that the result is a true negative.

Keep in mind that if the medium does not turn red after adding zinc powder, it means that the nitrate reduction test result is positive complete. (4, 5, 6, and 7)

Reasons why the culture failed to produce a red color:

Further testing is needed by simply adding a small amount of zinc powder to the culture. What the zinc powder does is it reduces nitrates to nitrites.

Watch for changes in color. If the color changes to red after adding zinc powder, it means that nitrate was not reduced. (7, 8, and 9)

What are the materials needed for the nitrate reduction test?

How is a nitrate reduction test performed?

If the culture does not turn red after adding the necessary reagent, then you need to perform the next step, which is adding zinc powder. Carefully check for changes in color. If the color changes to red, it means that the organism being tested is negative for nitrate reduction test. (2, 5) 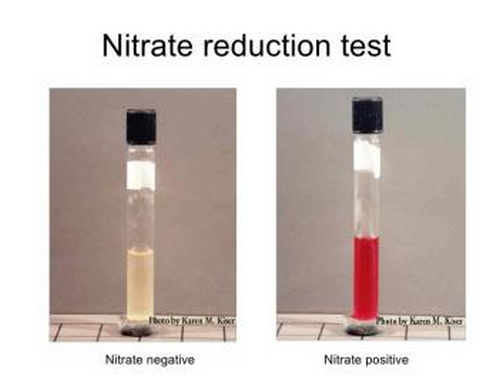 Reagents Alpha napthylamine and Sulphalinic acid are poisonous and can be extremely harmful and fatal when swallowed. These reagents should be handled well and should not be in contact with the skin, eyes, and respiratory tract as they are highly corrosive.

When storing zinc powder, you have to make sure it is stored in a tightly closed and dry container. In case of fire, do not use water. You can extinguish the fire using sand or carbon dioxide. (1, 5, and 9)