By Editorial Team on January 15, 2020 in General Informations

Ninhydrin is a chemical that detects ammonia as well as amines (primary and secondary). Once ninhydrin reacts with these chemicals, it produces a deep blue or purple color – Ruhemann’s purple. Ninhydrin is also the same chemical used to detect fingerprints.

It is effective because the terminal amines of a lysine residue in both proteins and peptides sloughed off in fingerprints and react with the said chemical.

Under normal circumstances, ninhydrin is a white solid and soluble in substances like acetone and ethanol at room temperature. It was discovered by a German-English chemist Siefried Ruhemann in 1910. He observed the reaction of ninhydrin to an amino acid.

It was in 1954 when two investigators; Oden and von Hofsten proposed the use of ninhydrin in the development of latent fingerprints. (1, 2, 3, and 4) 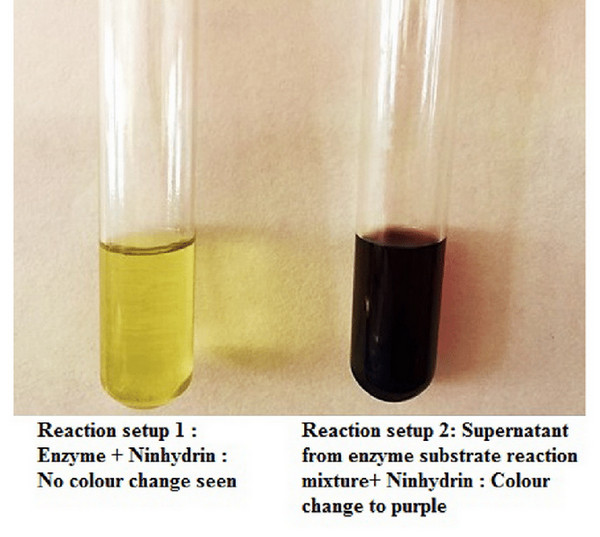 Image 1: A ninhydrin test involving two test tubes. The one in the left is negative while the other on the right is positive as seen in the purplish/bluish discoloration. 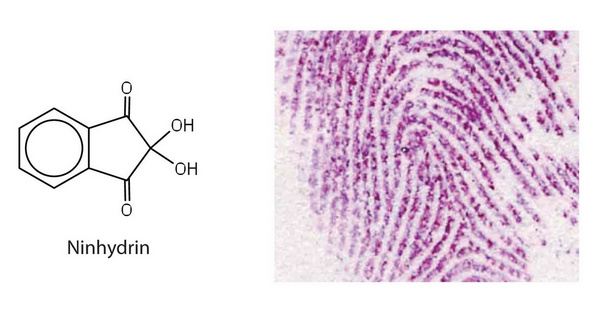 Image 2: A ninhydrin test is used to detect fingerprints.

What is the Ninhydrin test for?

A ninhydrin test is a quick procedure that can be done in just a few minutes.

What is the principle of the ninhydrin test?

A ninhydrin test is a general test performed by all amino acids. The test is performed as a result of the reaction between the amino group of free amino acid and ninhydrin. As you know, ninhydrin is a strong oxidizing agent. Its presence causes the amino acid to go through oxidative deamination liberating ammonia and reduces the formation of ninhydrin.

The formed NH3 reacts with the molecule of ninhydrin resulting in the formation of a blue substance. However, some amino acids like proline and hydroxyproline do not lead to the production of blue or purple substances. They usually yield to a brown colored product. (6, 7, and 8)

What are the requirements for the ninhydrin test?

How does the ninhydrin test work?

Proline and hydroxyproline do not cause blue or violet discoloration. Instead, they produce color yellow. On the other hand, asparagine would result in brown color.

Why is Ninhydrin used in chromatography?

To detect amino acids on thin later chromatographic plates, various types of reagents are used and one of them is ninhydrin. It is the most preferred one because of its high sensitivity. The resulting color is still blue or purple/violet with all amino acids with the exception of proline and hydroxyproline, which causes the color to turn yellow. (2, 5, and 9)

Facts about the Ninhydrin test

The color reaction of ninhydrin is helpful in various industries such as biochemistry, microbiology, food industry, protein science, and histochemistry. More so, ninhydrin as a reagent is used to detect amino acids on a chromatogram. There are various improvements in the use of ninhydrin to check and analyze various chemical compounds, foods, tissues, and drug of interest.

Ninhydrin is also essential in forensic science and a material used in organic synthesis. It plays an important role in the design and synthesis of different frameworks, especially in the preparation of heterocyclic compounds like anticancer agents. Lastly, ninhydrin is a helpful tool in geochronology, a special field of science that focuses on determining the age of fossils. (3, 6, 9, and 10)