By Editorial Team on January 15, 2020 in Hematology

What is the Haldane effect?

It is a phenomenon where the oxygen binds to hemoglobin to enable the release of carbon dioxide. It is more like a mirror image of the Bohr effect. These effects are essential biochemical features that facilitate the exchange of carbon dioxide for oxygen in both peripheral and pulmonary circulations.

The Haldane effect was initially described by John Scott Haldane where the name was derived. The lungs oxygenate the blood and displace carbon dioxide from hemoglobin leading to increased carbon dioxide removal. The oxygenated blood reduced its carbon dioxide affinity. It is the high concentration of carbon dioxide that enables the dissociation of oxy-hemoglobin. (1, 2, 3, and 4) 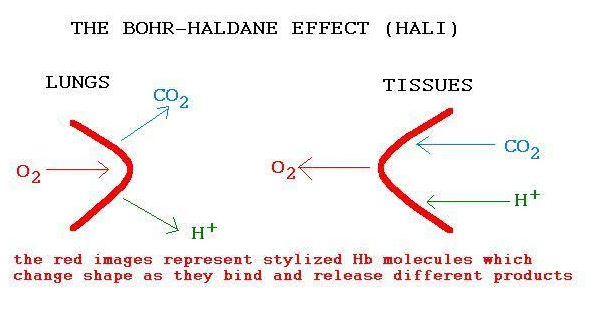 What triggers the Haldane effect? 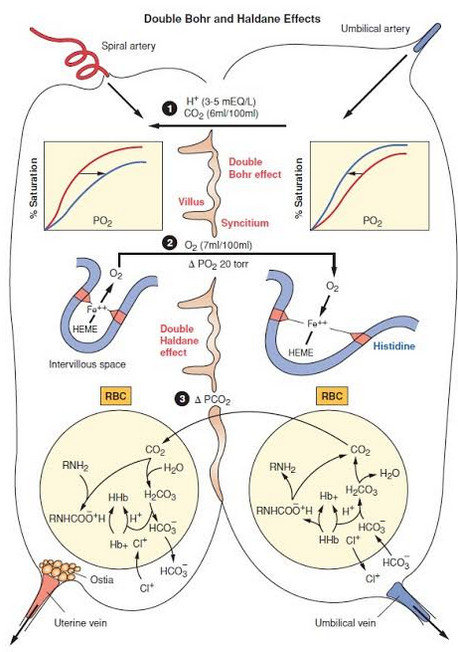 What is Double Haldane Effect?

Difference between the Haldane effect and Bohr effect

Haldane effect and Bohr effect are used interchangeably but it is important to know the difference between the two. In Bohr effect, there is a binding of oxygen to hemoglobin in the lungs leading in a leftward shift of oxy-hemoglobin dissociation curve.

The release of oxygen from hemoglobin in tissues of the body causes rightward shift of the curve. On the other hand, the Haldane effect shows how the concentration of oxygen can find out the affinity of hemoglobin towards carbon dioxide. (9, 10)

Image 3: Haldane effect graph as shown in the image above.
Picture Source: encrypted-tbn0.gstatic.com 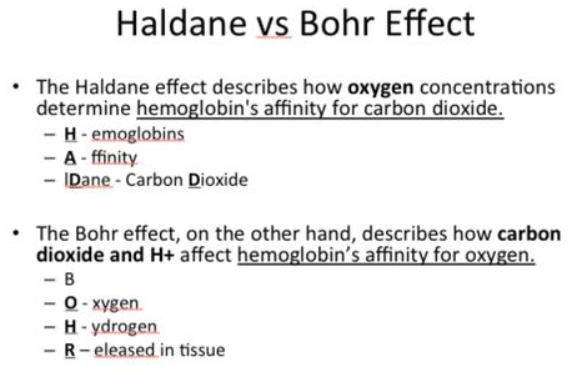 Mnemonic for students to remember these effects 🙂

Factors affecting the affinity of hemoglobin for oxygen

The discovery of the Haldane effect

John Scott Haldane is the one who discovered the Haldane effect. He is a British physiologist and philosopher. He was born in 1860 in Edinburgh, Scotland. He was investigating poisonous gases that takes place in sunstroke, coal mines and wells, as well as the physiological action of carbon monoxide.

He also investigated the use of a caged canary for detecting monoxide, lung ventilation regulation, and came up with haemoglobinometer. It is an apparatus sued for blood-gas analysis.

John Scott Haldane was also the one who described the effect of oxygen deficiency and exercise on breathing. Haldane worked on the effects of poisonous gases during World War I he designed a portable oxygen administration apparatus.

John Scott Haldane’s work on hypoxia and acclimatization of the human body to high altitude paved a way to the concept of respiratory physiology. (2, 6, 8, and 10)