Various scales are used to measure temperatures such as Celsius, Fahrenheit, and Kelvin.

Celsius and Fahrenheit are two of the common temperature scales which function very similar but differ in many ways.

Celsius, previously known as centigrade is named after a Swedish astronomer Anders Celsius. He was the one who developed that temperature scale about two years before his death.

Fahrenheit is named after Daniel Gabriel Fahrenheit, a German-Dutch physicist.

It is measured in degrees Celsius, one of the commonly used temperature units across the globe.

It is characterized by two distinct temperatures – absolute zero and the triple point of Vienna Standard Mean Ocean Water.

What is absolute zero?

It pertains to the lowest possible temperature. Celsius is ideal for expressing temperature intervals.

Fahrenheit is a temperature scale where the water’s freezing point is 32 degrees and the boiling point is 212 degrees. 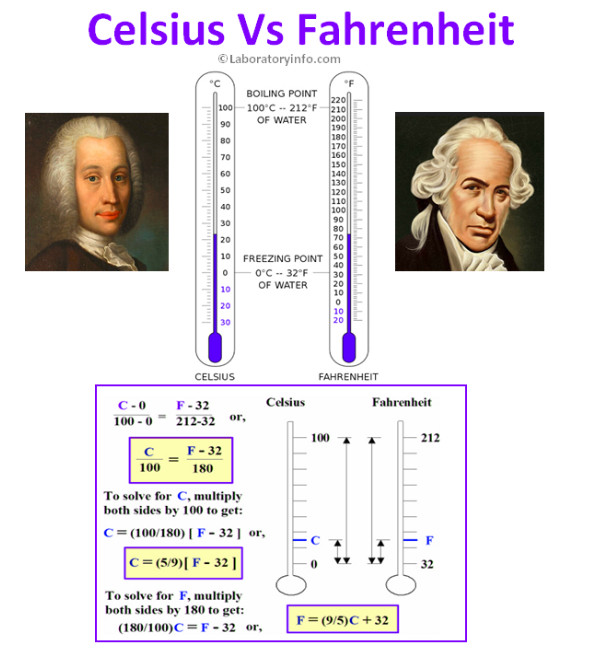 To thoroughly understand the differences between Celsius and Fahrenheit, please refer to the table below:

Summary of the key differences between Celsius and Fahrenheit:

The current health crisis (COVID-19) has caused people to be extra cautious of their health and well-being. Body temperature is one of the parameters used to check for infection.

It is a must to understand the normal body temperature, especially temperature range and units of measurement because fever is one of the common symptoms of infection.

Let us see the normal range of body temperature, definition of fever and corresponding values in Celsius and Fahrenheit as per Harrison’s Principles of Internal Medicine, 20th Edition: Based on studies of Healthy Individuals 18 to 40 years old.

Please see the table below for easy reference during the celsius to fahrenheit conversions during monitoring of fever: