What is EMB Agar ?

An EMB agar stands for eosin methylene blue agar; which is both a differential and selective culture medium.

It is differential because of its components; sugar lactose, sucrose, and dyes Eosin Y and methylene blue. If there is a good growth, then it indicates that the bacteria are gram negative. If there is no growth or at least poor growth, it is an indicator that the microorganisms are gram positive.  (1, 2) 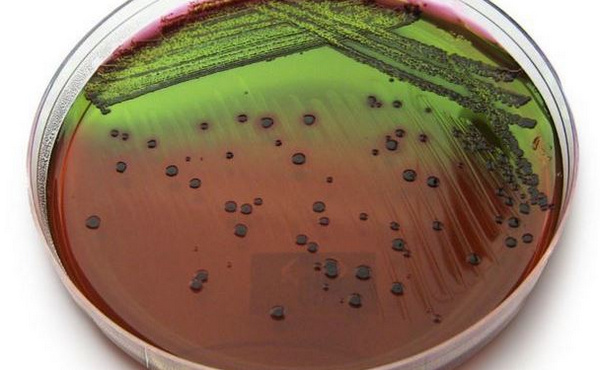 Picture 1: The image shows colonies of E. coli in the emb agar as characterized by the greenish metallic sheen. 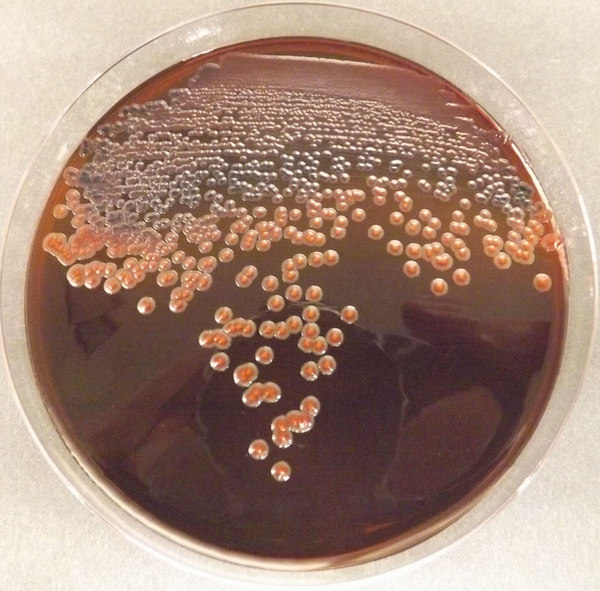 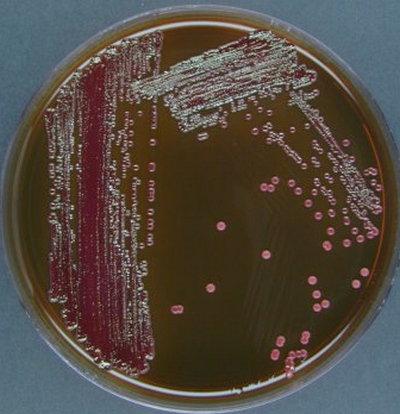 Picture 3:  An emb agar with formed colonies of microorganisms.

The history of EMB agar

The EMB agar was first developed in 1916 by Holt-Harris and Teague. The agar was used to differentiate between lactose fermenting colonies and non-fermenting microbes.

This time, the agar can differentiate fecal and non-fecal types of coli aerogenes group as well as salmonellae and other types of non-lactose fermenting organisms. The present EMB agar is a combination of the ones developed by Holt-Harris and Teague and Levine. It does have both the lactose and sucrose and the Bacto peptone and phosphate. (1, 2, 3, and 4) 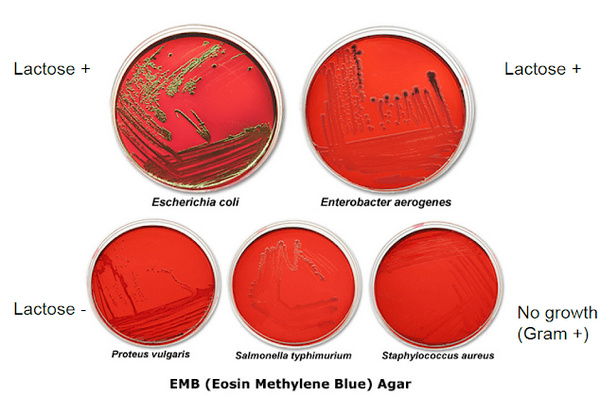 What is the purpose of EMB agar?

Note: You have to make sure you do not store the medium in the direct light as doing so could lead to photo-oxidation.

Two dyes are combined: the eosin Y and methylene blue; they inhibit gram positive bacteria but on the other hand, allow the growth of gram-negative microorganisms.

Most E. coli colonies have a green sheen, but sometimes they have blue-black bulls eye.  On the other hand, lactose non-fermenting microorganisms are characterized by a light lavender color. Sometimes, they are colorless.

The eosin methylene blue agar (EMB agar) is a selective staining for gram-negative bacteria. It contains two dyes in the ratio of 6:1 and is both toxic to gram-positive microorganisms. It is both a selective and differential mediums for coliforms. The color indicator distinguishes microorganisms that are lactose fermenting and non-lactose fermenting. Microorganisms that have the ability to ferment lactose have nucleated colonies with dark centers.