Difference between DNA Replication and Transcription 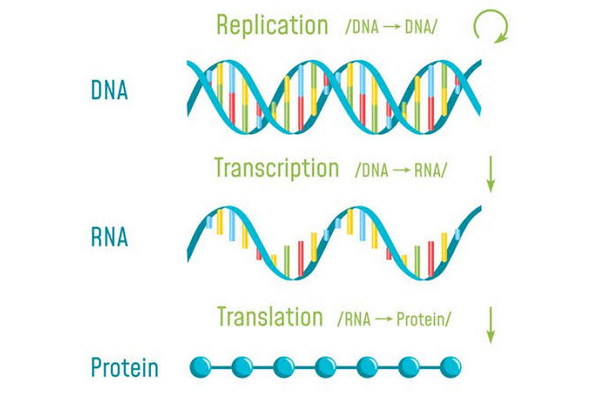 Image 1: The image shows how a DNA transcription takes place.

It involves making a copy of DNA into RNA. The part of DNA that codes for genes is copied into the messenger RNA. The two strands of DNA helix are unwind and separated. The RNA polymerase, a special type of enzyme travels along the strands of DNA and binds RNA nucleotides to it until it forms a complete strand of messenger RNA.

The messenger RNA also known as mRNA is the cell’s blueprint, which is used to construct a specific type of protein. The mRNA travels from the nucleus to the cytoplasm where the gene expression takes place. (1, 2, 3, and 4)

Image 2: An image presentation on how DNA replication takes place.

What is DNA Replication?

It pertains to the process of copying the DNA in the cell to produce two copies. DNA replication is vital for cell division or mitosis. Before the cell division takes place, the DNA must be copied so the resulting daughter cells have the same copy of DNA. The DNA is unwind to separate the two strands of helix. The DNA polymerase travels along each strand and bind the complementary nucleotides – the DNA’s building block. It results in two double-stranded helices. (4, 5) 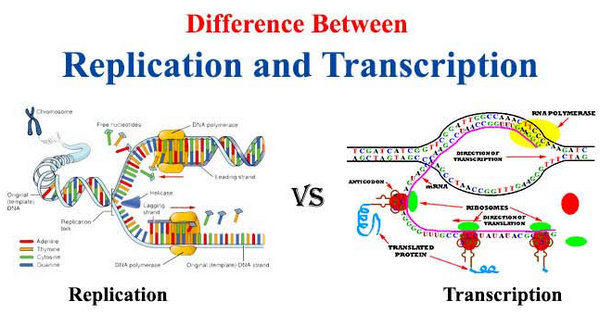 Image 3: A comparison image between DNA replication and transcription. 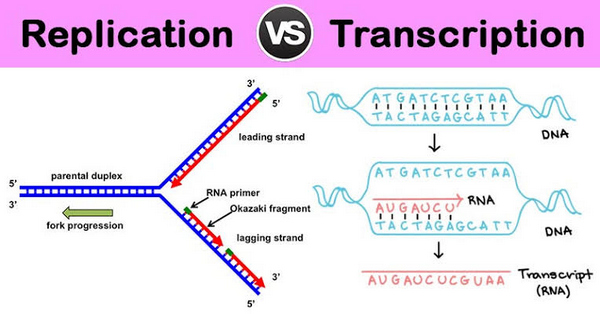 Are there any similarities?

Let us take a look at the differences between DNA replication and transcription.

Refer to the table below for a detailed information about the differences between DNA replication and transcription.

DNA replication is a part of cell division. It is essential in regulating the cell’s growth and division. If the cell lacks a particular growth factor, the replication process will not take place. On the other hand, DNA transcription regulates gene expression. Transcription only takes place when a gene is turned on.