By Editorial Team on January 2, 2020 in Biochemistry

A Deoxyribonuclease (DNase) test is performed to find out the organism’s ability to hydrolyze DNA and use it as a carbon source, which will in turn use as energy for the organism to grow.

A DNase agar medium, pale green in color which is primarily used as a differential medium. It has the nutrients needed by the bacteria to grow.

The organism in the medium has the ability to produce Deoxyribonuclease if it has broken down the DNA into smaller fragments. An indicator that the DNA has broken down is when it does not bind to methyl green. The color will eventually fade away and you will notice that there is a colorless zone surrounding the colony. (1, 2, 3, and 4) 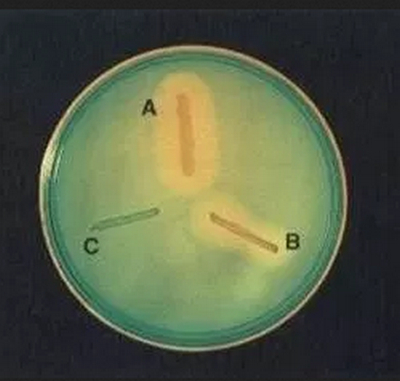 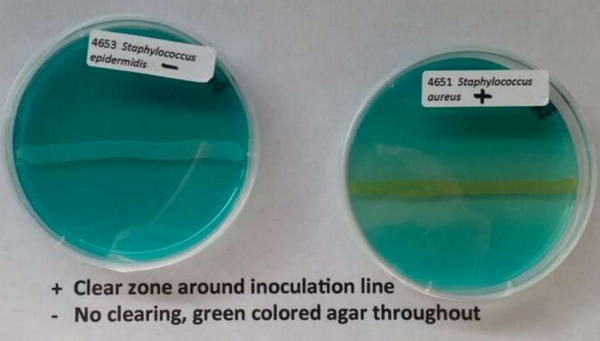 Image 2: A positive DNase test is characterized by a clear zone around inoculation line. The test is negative if the agar remains green and clear throughout
Picture Source: bioscience.com.pk

What are the uses of DNase Test?

What are the requirements?

How does a Deoxyribonuclease (DNase) Test perform?

Note: Make sure that the agar plate’s surface is clean and dry. Divide the agar plate into three parts by simply drawing lines on the plate. (7) 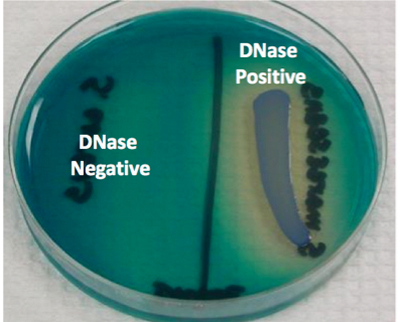 Image 3: The left side of the plate tests negative while the right side tests positive to DNase test.
Picture Source: quizlet.com

Inoculation can be done in two ways. These are the following:

Note: If the medium you are using does not have an indicator, what you need to do is to put an ample amount of 1N Hydrochloric Acid. Let it stand there for a few minutes so that the reagent can thoroughly absorb into the plate. After a few minutes, check the plate against a dark background. (7, 8, and 9)

A positive result is characterized by a colorless medium around the test organism. It means that the organism being tested has the ability to hydrolyze DNA. Examples of DNase test positive organisms are:

The test is negative if the medium remains the same in color (green). It simply means that the organism being tested does not have the ability to hydrolyze DNA. Examples are:

View all posts by Editorial Team →
Tests Affected by Hemolyzed, Lipemic and Icteric Samples And Their Mechanism
Difference between DNA Replication and Transcription