By Editorial Team on January 14, 2020 in Microbiology

What is Citrate Utilization Test ?

A citrate utilization test is a part of the IMViC Test, which stands for Indole, Methyl-Red, Vogues-Proskauer, and Citrate; a procedure that differentiates Gram negative bacilli in Enterobacteriaceae family. (1) 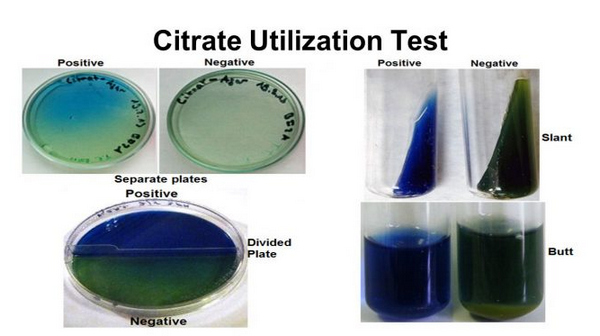 Picture 1: The image shows the result of citrate utilization test. The sample that tests negative still has the green color while the one that test positive changes the color from green to blue. 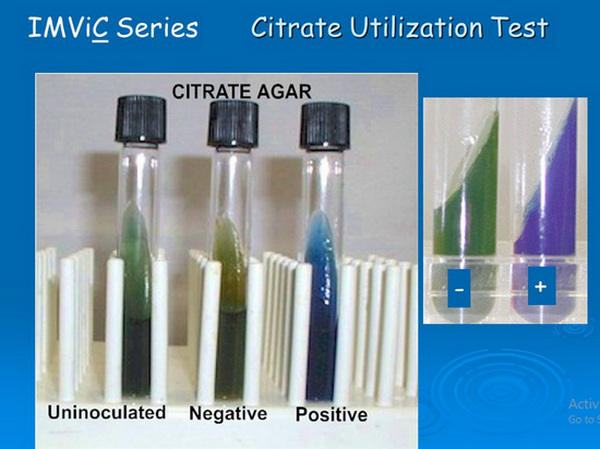 Picture 2: A citrate utilization test is a part of the IMViC series.

What is a citrate utilization test used for?

A citrate utilization test helps detect the organism’s ability to produce citrase enzyme. Such organisms can use sodium citrate as a source of carbon as well as inorganic ammonium salt as the source of nitrogen.

As the name suggests, this procedure uses a medium containing citrate and inorganic ammonium salt. As mentioned above, these two will be the sole source of carbon and nitrogen.

An organism that grows on this medium produces an enzyme called citrate permease, which has the ability to convert citrate to pyruvate. The latter will enter the metabolic cycle of the organism so as to produce energy.

If citrate is utilized, then expect that there will be a growth of an organism. It will then become an intermediate metabolite in the Krebs cycle. (1, 2, 3, and 4) 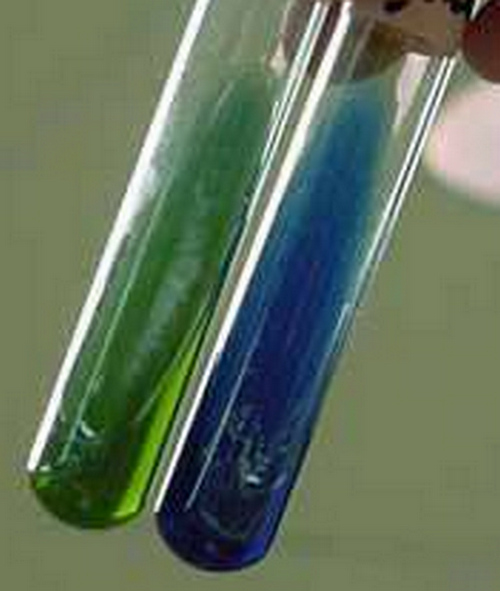 Picture 4: A Simmon’s citrate agar medium is used for this procedure.

What happens in the pH level?

Once the organism metabolizes citrate it would lead to the breakdown of ammonium salt to ammonia thereby increasing its alkalinity. From a neutral pH, it becomes alkaline making the bromthymol blue indicator present in the medium change its color from green to blue.

What is the medium used in citrate utilization test?

What are its components?

How to perform a citrate utilization test?

Note: The color of an uninoculated medium is deep forest green because of bromothymol blue’s pH level.

A citrate utilization test is positive if the color changes from green to blue along the slant. (8)

What bacteria are citrate positive?

Organisms that will test positive for citrate utilization test include the following:

There is no noticeable change in the color of the slant. It remains green. (9)

What bacteria are citrate negative?

Organisms that will test negative for citrate include:

A citrate utilization test is a reliable procedure when it comes to identifying organisms that have the ability to produce citrase enzyme. However, there are a few limitations.

When it comes to result interpretation, we can say that the organism is citrate positive if the color of the slant changes from green to blue. The truth is that some organisms have the ability to grow on citrate but do not produce changes in the slant’s color at all. If this happens, the result is still read as positive.

You need to keep in mind though that if the result of the test is equivocal, then it needs to be repeated. Therefore, it is safe to say that the reaction of the medium is not really a basis for identifying some species of bacteria. (2, 7, and 9)