Difference between Biotic and Abiotic factors

They affect not just the reproduction process but also the survival of organisms. If one of the components of the biotic and abiotic factors are altered, the entire ecosystem will be affected.

What is a Biotic factor : Definition

Biotic is a combination of two terms: bio and ic. Bio means life while ic means like. Therefore, biotic means “life-like”. It pertains to all living organisms found in the ecosystem. The ecosystem’s composition is greatly affected by the presence of biotic factors and their by-products. (1, 2, and 3)

In the ecosystem, they are referred to as producers, consumers, decomposers, and detritivores.

What is an Abiotic factor : Definition

It pertains to all non-living factors that are present in the ecosystem, both physical and chemical factors. (3)

These are important as they have a great impact on the reproduction and survival of different species found in the ecosystem. (3, 4) 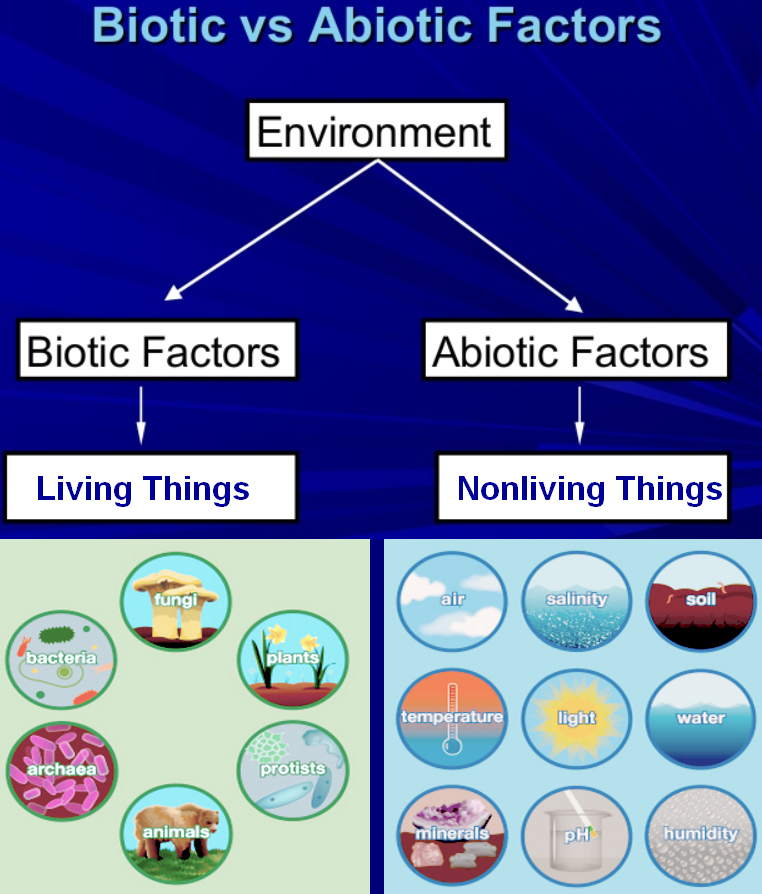 The table below shows the differences between biotic and abiotic factors.

The significance of biotic factors

A perfect example is the carbon cycle as a result of the growing numbers of industries, factories, and automobiles.

The first-ever biotic factor that exists on earth

Don’t you know that humans are not the first living organisms that exist on earth?

The first living organism that ever exists on earth is cyanobacteria. They are a single-celled autotrophic organism that has a major role to play in the development of the global ecosystem.

They are the ones in charge of storing solar energy to be used for the conversion of inorganic carbon compounds into organic.

They also play a vital role in the production of oxygen from carbon dioxide. The release of oxygen has paved the way for the existence of other organisms. (9, 10)

The significance of abiotic factors

Key terms in the study of biotic and abiotic factors